Test demo of a massive scenario including 220 soldiers, 40 mines, 2 gunners and one helicopter, using Titan Vanguard from Calytrix and Titan.IM
The purpose is to demonstrate the capability of vsTASKER engine to be included into the main Titan loop as a DLL host, using directly the C++ API to create and control a scenario at runtime. All the demo has been developed inside vsTASKER, Titan being used as a pure game-engine controlled from its software interface.

In this scripted exercise, all soldiers are directed using waypoints and the helicopter is manually flown using a joystick.
The video below shows the making of, using vsTASKER as a scenario editor. 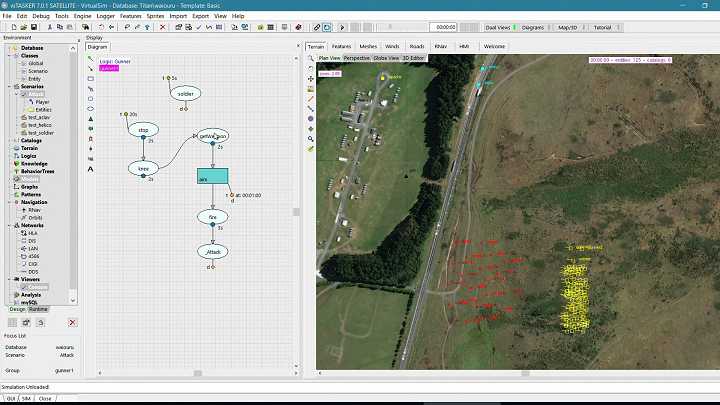