In this demo, vsTASKER is used to steer and automatically control an A340 at take-off from Toulouse airport for a predefined standard departure (vsTASKER supports ARINC 424 Navigation Data and enroute flight-plans).

During take-off, instructor triggers an engine fire. Aircraft is stabilized then initiates a short circle for an emergency landing. For the sake of the simulation, no fuel dumping is made as fire cannot be extinguished. Overweight landing is done with a little wind-shear at arrival.
Fast-IG (OSG based) is used for the visual output while vsTASKER produced the simulation engine including all scenario phases, flight dynamics, logic, sounds, visual controls and effects, camera steering and fire trucks behaviors.
In this demo:

The video below shows a use of Fast-IG in infrared and visible mode from a surveillance drone camera. The scenario was quickly produced as a proof of concept. 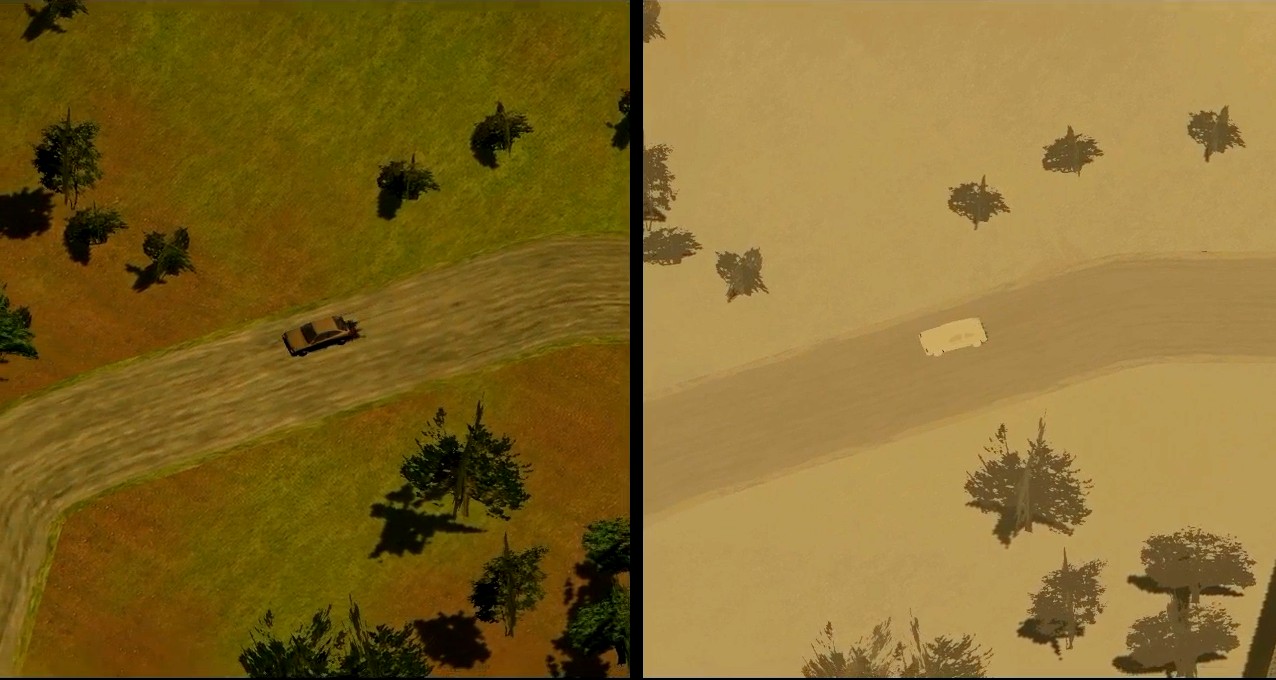 Click on the image to see the IR demo