In this demo, vsTASKER is using VBS-IG through CIGI protocol to display in 3D an attack of 300 infantrymen running across a minefield.
A tank is posted on a hill top and engage the fight by firing main gun bullets. The control of the turret is done using a game-pad.
vsTASKER has extended the CIGI protocol with some packets defined by VBS-IG to enhance the control of the simulation.
As the number of entities is quite important, the simulation engine and the IG are both running on the same computer.
The video below shows the vsTASKER GUI attack from a 2D plan. 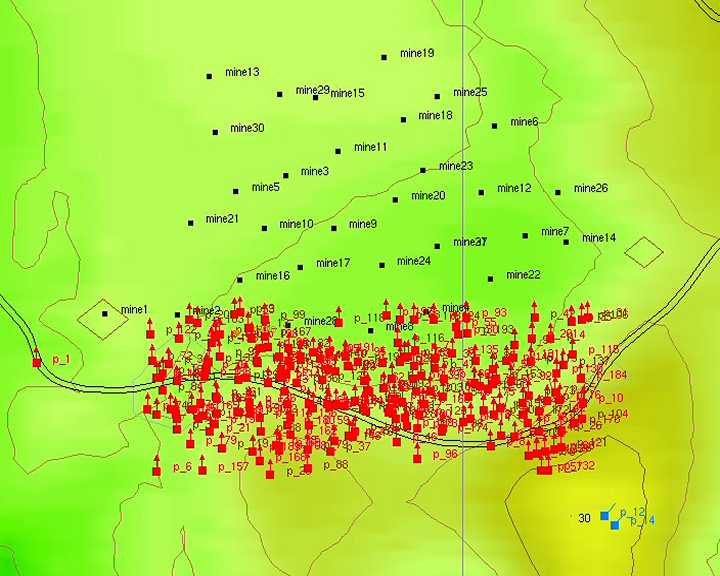